The first evening I got a short paddle (5km) to Bahallen, a small island were we had placed our tents for the three following days. The first morning started with a sunny and warm day and some guys planned a trip to the east part of the archipelargo, there are some nice islands to explore, some of them with beacons.
I stayed on Bahallen that day and tried to catch some fish with my fly fishing rod…with no success, took a bath instead.

The third day we went north on the west side of Ekenas tip of Varmlansnas. Not the same great wheather but no rain, just windy. We stayed for lunch and then went back to Bahallen.

We packed our tents the fourth day and paddled to Stenstaka on the west side on Luro, there is a nice restaurant with locally captured fish. There is also a ship named “Gjöa” and is a built copy of Roald Amundsen´s ship that was the first ship who passed the Northwest passage 1906.

After lunch we went to the south of Luro, the beacon “Stangudden” and the shipwreck south of Stangudden. We put up our tents in Bosshamn, on the east side of Luro. It is a great bay for sailboats and kayakers with rocks and sands (and wery cold water).

On the fifth morning some guys went back to the south of Vanern and the rest of us went slowly back north. We stopped for lunch at Vithall, there is a protected house ( a museum) who was moved from another island back in 1822:
“The little grey cottage was moved to Vithall from Djurö already in 1822 and may be among the oldest buildings on the islands of Lake Vänern. The siblings Gustav and Matilda Svensson grew up and lived all his life in the small fishing cottage on Vithall. It was their mother “Beautiful Anna” who gave the island the nickname “Island of Happiness” once upon a time.
– They had nothing, not even an outhouse, says Sune Westerberg staying in Lurö and know Vithall well.
The brother took care of farming and fishing, while her sister took care of the animals. A couple of cows, a few sheep, a pig and some chickens were what they had on the island.
The siblings moved from Vithall 1959 and died a year later.
Preserved cottage
Vithall owned by Gaperhults joint property they lease the island and home to Ruth and Walter Andersson. Ruth and Walter was once a lighthouse keeper on Lurö and it was they who once kept the house so that it still looks like it did when the siblings left the island.
The door to the house is always open and the house has become a different kind of museum that shows how siblings Gustav and Matilda once lived and worked on the island. Guestbook on the table testifies to many visitors.
– It is open year round and there are several thousand visitors a year, says Sune Westerberg.”

After that visit we paddled to the island named “Tyskland” (on English “Germany”) .. don´t ask, I do not know why.. Then it was time for us to paddle back to Ekenäs jetty and pack our cars. 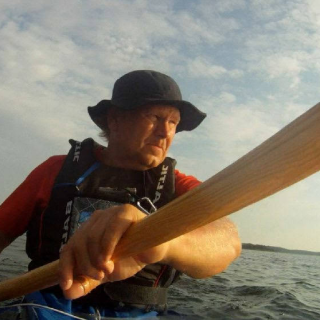 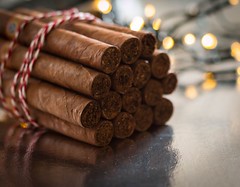 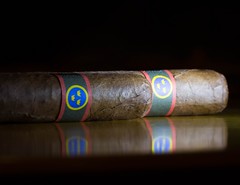 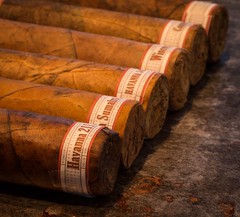 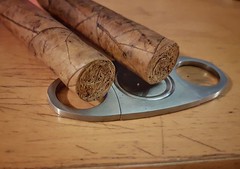 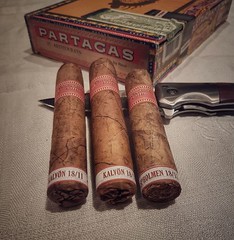 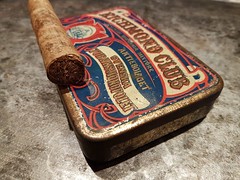